Lemur monkeys and Asian art. What is the connection? Being an appraiser of Asian art means encountering the unexpected. And my “monkey experience” represents the sort of adventure which would make the appraisal profession and auction world rich material for a reality TV show.

The appraisal process often begins with a call from a client who is interested, most commonly, in knowing what his/her piece is “worth”. The word “worth” requires some explanation as I will outline later, however, determining value almost always entails a visit to the client in order to visually examine and evaluate the objects in question. It was on one such occasion many years ago while employed at an auction house, that I went to look at what was described as an assortment of exotic objects from various parts of the world acquired through travels. The home contained, among other bizarre things, an elephant skull, an African penis sheath collection, a taxidermied elk (covered in an inch of dust) in the living room, and as I was to be startled by, a pair of live lemur monkeys hopping about, with glowing yellow eyes and ringed tails. In fact, there were no familiar objects such as Chinese porcelain or Japanese prints to appraise, but to this day, that experience remains one of my most memorable.

I wish I could say that I had discovered an extraordinarily valuable Qing dynasty vase, like the ones recently appearing on the market in England, but that dream remains illusive. One such vase sold in November of 2010 at Bainbridges auction house outside of London, for the astounding record-breaking price of $85 million (includes buyer’s premium and taxes). The Qianlong vase, c.1740, was found during the routine clearing out of a bungalow belonging to a deceased senior. It is a rare reticulated double-walled vase featuring pierced archaic-inspired chilong dragons, and four reserved roundels depicting pairs of fish. Its trumpet neck of primrose yellow highlighted by a delicate Y-pattern in pink. While the happy relatives who inherited it were overwhelmed by their unexpected good fortune, imagine what might have happened to the vase if it had not been noticed by an auction employee with a good eye?

Much closer to home there is the true story of an elderly woman who in the 1980s unknowingly purchased a 17th century Qing dynasty rhinoceros horn libation cup (featuring finely carved detail of the ‘Hundred Boys’ motif) at a church yard sale of donated items here in Toronto for $1 (yes, that figure is correct, $1), which she consigned for auction at Waddington’s Auctioneers and Appraisers. Estimated at $40,000/60,000, it sold on Monday December 13, 2010 for $893,750. (Both of these auctions can be viewed on YouTube.)

That sort of experience, akin to winning the lottery, although infrequent, reinforces the lesson that individual owners need to educate themselves on their works of art. It is crucial to get an objective appraisal by a qualified professional appraiser before making decisions to donate, sell or distribute objects. Knowledge, as the cliché goes, is power, and could be of significant financial benefit as well.

What makes a good appraisal and appraiser?

Whether having Asian or other works of art appraised, the principles are the same. The selection of an appraiser is key to the quality of information received in the written appraisal. The client must consider whether this person is a member of an appraisal society which adheres to the code of ethics and practices of the Uniform Standard of Professional Appraisal Practice (USPAP). The International Society of Appraisers and the Appraisers Association of America are such organizations. Fortunately, public awareness is growing about the standards they uphold; standards which are required to be used, for example, if applying to the Canadian Cultural Property Export Review Board when donating cultural property for tax credit.

A proper appraisal will follow the standard Getty Object ID format of description which includes the artist’s name/object type; title; date/period of manufacture; medium; dimensions; signatures/marks; description; provenance; condition; and very importantly, a photo of each object because an image really is worth a thousand words. The appraiser’s certification should include the statement that he/she has no undisclosed past, present or future interest in the property; the values he/she determines should not be contingent upon reporting predetermined results desired by the client; and the compensation/fees for the appraisal should never be contingent upon the value of the items, because it is unethical to charge a percentage of the overall value of the appraised items for his/her services.

The purpose of the appraisal will determine the type of value sought. Simply explained, on a scale from from high to low value, there are four typical kinds of appraisals: for insurance (which is at the top because the values are comparable to retail replacement value); for fair market (which is defined in Canada as “the highest price, expressed in terms of money, that the property would bring in an open and unrestricted market between a willing buyer and a willing seller who are knowledgeable, informed, and prudent and who are acting independently of each other”); for auction (which is an estimate range the object might sell for within that environment); and for probate (which is done for estate tax purposes).

Other factors, in addition to the most basic ones of workmanship and age, which affect the determination of value are: condition of the piece, its provenance, and current market trends. It is the trained eye of a professional appraiser who knows what to look for and how to look at an object to find hairline cracks, ‘invisible’ repairs, and aspects of a work of art which could indicate that it is a newer reproduction. The Chinese are skilled at reproducing earlier pieces, often unfortunately with the intention of deliberately deceiving the buyer for monetary gain.

Provenance is another critical factor in determining the value of a piece. Knowing where an object was purchased, and having receipts and documents to prove whose hands and collections the object has passed through, can significantly increase the value of a piece. Therefore it is important to keep receipts when acquiring objects.

Market trends are a factor beyond an owner’s control. At present, Chinese art in the auction market is on fire. This trend has lead to the dramatic increase of prices across various media (painting, jades, bronzes, ceramics) for high quality or rare pieces. For example, prices for white jade carvings, prized in Chinese culture, have increased astronomically. A recent New York Times article noted that white jade from Xinjiang province in China is now surpassing gold in value, selling for $3,000 an ounce which is a tenfold increase from a decade ago. In November of 2010, again in London, an Imperial white jade carving of a deer sold for over $6 million. The growing and volatile market for Chinese art is fuelled by many newly wealthy Mainland Chinese buyers. This kind of electric atmosphere in auction houses has lead to frenzied buying and strong prices.

As an appraiser, one of the most pleasurable aspects of the job is having the chance to handle beautiful objects, and being challenged by identifying unusual objects, rather like a detective solving a mystery. I enjoy learning new things, such as I did when appraising a Korean celadon-glazed stoneware cup with pointed base which is displayed in the permanent Korean gallery of the Royal Ontario Museum (see illustration). Its function was initially perplexing, for how could a cup of such unusual shape be used? It is in fact an “equestrian or on-horse” cup (masangbae) for a rider to drink wine from while on horseback. The green glazed stoneware cup is inlaid with sangham-coloured chrysanthemums, and dates to the 12-13th century (Goryeo dynasty), part of a collection gifted by Mrs. George G. R. Harris in 2003. The cup is also exceptional because when it was chipped on the rim, the original owner valued it so highly, he had it repaired in gilt.

In conclusion, it has been my experience that individuals have varying levels of awareness of the value of their art objects. While collectors are often knowledgeable, many surprisingly leave themselves vulnerable because they do not insure their collections; and other owners who may have acquired pieces handed down through their family may not be aware of objects’ true values and lost their stories of origin over time. Then there was the gentleman I spoke with once, who religiously watched the Antiques Roadshow, and was convinced that his early 20th century Japanese Satsuma-style vase (broken and glued) was identical to one he saw on the TV show (which was an 18th century Edo piece in pristine condition with a maker’s mark and documented provenance.) Delivering disappointing news to the owner who was hoping for a luxury holiday on the sale proceeds of his vase, required the skills of a diplomat to reduce the impact of this information. However, regardless of whether the news is pleasantly surprising or disappointing, knowing the value of one’s objects should always be viewed in a positive light. 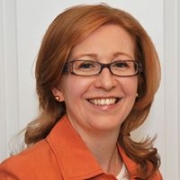 Susan Lahey Appointed to the Ontario Arts Council Board of Directors 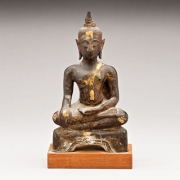 Questions to Ask When Hiring An Appraiser